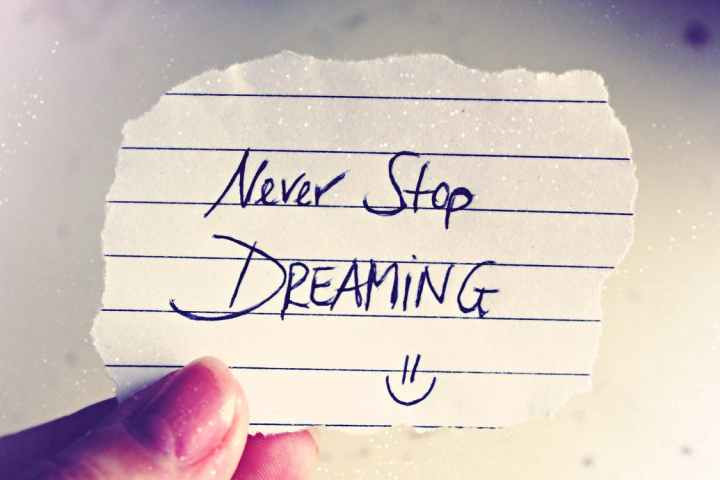 In this age of Trump, achieving your dreams can be a nightmare… ooh, that’s good. I’m writing that one down. I’m going to use that in a blog later. No, don’t write out this part of your thoughts! Stop writing, you idiot!

The steamy hot shit I dream of. Credit: wikipedia.org

Indeed, when the economy was bad, we could just go “In this economy, I can’t find any kind of work around here, even in the big cities where all the jobs are, and even with my Master’s Degree in Gender-Bending.” But now, with the unemployment at an all-time low, there’s just no excuses anymore. Well, there are, and I’m gonna get to that. But I literally use more hyperbole than anyone else alive in all of history.

Personally, I blame Trump. I don’t need a reason, really, because he’s a literal swastika-wearing Nazi, and if you’re a rational human being, that’s all the justification you should need or ever ask for. Otherwise, you are subhuman trash, I’m afraid. Let me play Devil’s Advocate for a second and pretend that my arguments needed “proof” beyond my declaration of Trump’s affiliation with National Socialism. If that’s the case, then consider this: 45 is sending his personal gestapo forces to round up perfectly legal human beings on the arbitrary United States border, and are forcing them to return to their shithole country of Mexico, which they’re trying to get the h*ll away from. The problem is one of simple economics (which I studied and is why I became a communist and bought a Che Guevara t-shirt) where if labor becomes more scarce, the demand for labor increases. When the demand for labor increases, the unemployment rate drops.

We can’t let this continue, obviously.

Right now, as Keith Olbermann works out his 593,394th plan to get 45 impeached and thrown out of the White House and directly into a meat-grinder that will mince him down into a delicious rope of sausage-links (Note to Secret Service: I’m not threatening to do this. I’m a vegan. Also, the sausage-machine thing would happen after Trump is no longer President. Also, it’s a metaphor. Also, ARE YOU DETAINING ME!? I’M NOT RESISTING. I’M NOT RESISTING. HELP!! RAPE! THEY’RE RAPING ME!!)  we’re in this weird quandary where unemployment is becoming a perfectly unacceptable condition for the educated (like myself) and for this reason, we must OPPOSE THE WALL. #OpenBorders #NoWall

Before all this shit went down, I had a pretty simple dream: Criminalize anime and video games. In 1944, while our boys were storming the beaches of Normandy and literally killing Nazis, on the other side of the globe, we would be at the bottom of the Pacific Ocean somewhere southeast of New Zealand. Special thanks to https://www.antipodesmap.com/ for helping me find that little factoid out. They’re not sponsoring me or anything. That was a free shout-out. Even if they were sponsoring me, I generally don’t disclose conflicts of interest, because fuck the readers, amirite? High five!!! In 1944, though, our boys were also storming the beaches of Iwo Jima or something. Maybe that was in 1945. I don’t know the exact year, and nobody is paying me to open a new tab and find out if the information I’m saying is actually correct or not. What I do know, for absolute certain, is that we were fighting against Japan and everything they stood for. We fought a war over this, people! So why do we accept anime in our culture today like it’s no big deal? Big-ass weird-looking eyes, problematic male attraction to females, giant robots, the obligatory beach episode, and of course, a story arc that includes a tournament on a raised platform… it’s all a bunch of un-American bullshit that our kids don’t need. Personally, I prefer Steven Universe. We literally fought a war over this, people!

So, that’s my dream: to stop this nonsense, and move forward into new cartoons made by non-binary neosexual progressive minorities of color that subvert the meaning of “animation” by being so abstract and progressive that they make no goddamn sense. That’s just the future, get used to it, you butthurt white males!

So, how do you achieve your dreams in this new Age of Trump? First, I’d say you need to dye your hair a non-natural color, such as aqua, or fuchsia. Next, you need to get over here to San Francisco, or Bushwick, or hell, even Madison, WI will work. Third, ask for the secret juice. The locals will know what you’re talking about. Close your eyes and drink the secret juice. It will be pumped directly into your supple little mouth, bitch. The secret juice will cleanse all your heterosexual thoughts away out of your so-called ‘brain’. Fourth, join a commune and work for me so I don’t have to work. Preferably, raise some of the crops in my community garden that are dwindling. Give those crops water or whatever. I don’t know what crops need. I’m not a farmer. Fifth, place your hand on a smart tablet that has a BuzzFeed article open, and pledge allegiance to George Soros, so he can give you the funding to buy some black clothing. You’re going to need it if you’re going to bash the fash.